How Hops from Different Places Affect the Taste of Your Beer

As all beer lovers and brewers know, hops are an important component in the beer-brewing process. Hops are the dried flowers of the hop plant that are added to beer while brewing. Although they are not necessary, adding them to the beer can give a distinct, full flavor to create a strong brew. This is known as the “hoppiness” of the brew. Fans of craft beer know and appreciate the taste this adds to beer. But not everyone knows that where your hops are from affects the taste of your beer. Here are some ways the origins of your hops matter.

German beer is world-famous. Germany is to beer what France is to wine. German hops are some of the oldest and most sought-after hops in brewing. The most widely admired hops, known as noble hops, originally hail from Germany, though there are many different types that are now farmed outside of the country. Traditional European brews use German hops such as Saaz and Tettnanger. These have a subtle, beautiful taste that helps create top-quality brews. Some of the best-known brews in the world, such as Czech Pilsner, use noble hops. But German hops can also include innovative and new flavors. The new Mandarina Bavaria hops are one such variety. These hops add fresh citrus scents to the smoothness of German hops to create the perfect summer brew.

The United States is a key player in craft brewing, particularly in small-batch craft brewing. Just like the country itself, American hops are a mix of European varieties that are mixed and bred with native, wild varieties of hops to create a diverse flavor profile. This gives American craft brewers the freedom to experiment with different tastes and flavors. Because the country itself is so large, hops from different parts of the country yield a different taste. Generally, West Coast and Californian hops are aromatic and fruity with strong hints of citrus. The East Coast is generally not an ideal location for hop growing, though New York has some really good hops. They go well with ciders and ales, and they can add some spiciness to the brew. 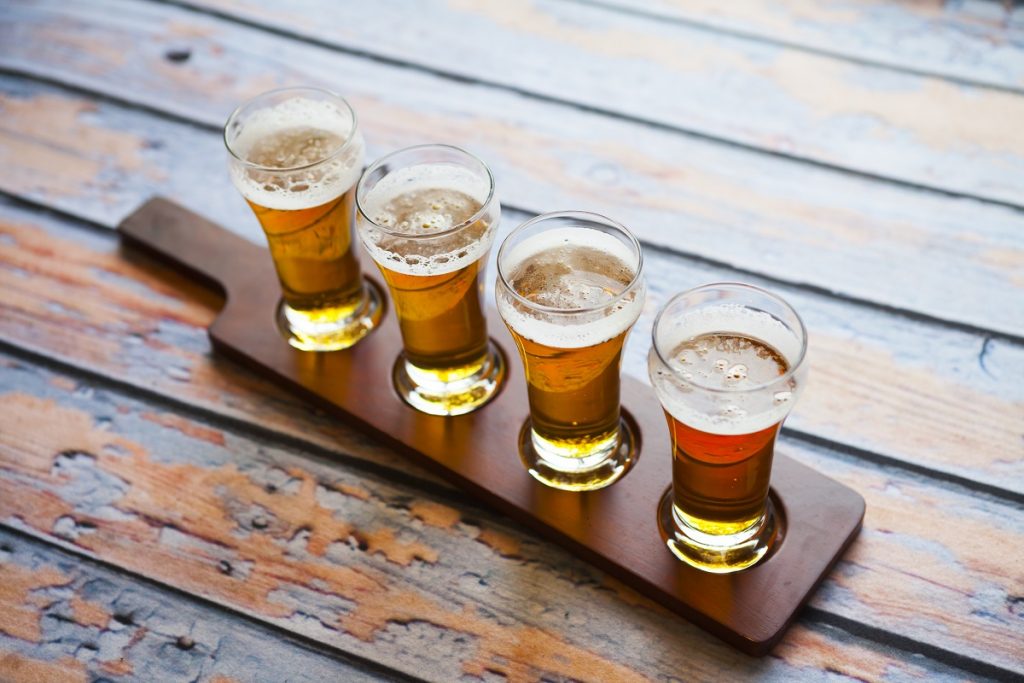 Due to the cold and rainy British weather, the island is not a big producer of hops. Even though English hops are not too well-known on the market and are not frequently used in brewing, they still add their own special earthy flavor to the brew. Fans of British beers and ales are familiar with the bitterness and earthiness that comes with local hop varieties. They are even imported by American breweries to create special British brews.

Most critics will agree that where the hops come from affects their taste. These are some of the more traditional varieties of hops used in brewing. Nowadays, all continents grow distinct varieties of hops such as fruity varieties in China and experimental varieties growing in South America. Wherever your hops are from, the quality matters immensely.