The Basics of Traditional Marketing: What is it and What’s it For?

Although it now holds a smaller share, traditional marketing still accounted for 37% of the market, with companies spending over $170 Billion on television ads, print ads, posters, radio ads, and the like.

In fact, 2018 saw a 1.1% in spending for traditional marketing. This dispels the myth that traditional is dying, but rather, it reinforces its position as a viable method of marketing.

What is Traditional Marketing? 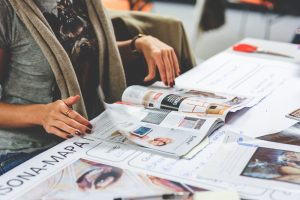 Broadcast Marketing is any marketing effort that can be seen on television or radio.  While radio ads have been around since the early 1900’s, TV ads are the ones that cost the most, with ad placement costs going up to millions of dollars. Although they’re flashier and more entertaining, broadcast marketing collaterals have a short lifespan, with some ads only running for a few weeks or a couple of months before being replaced by new ads.

Direct Mail Marketing is the use of brochures, letters, postcards, or fliers sent to potential clients via mail. A famous example of this would be the Sears Catalogue, a direct mail marketing effort by Sears that started in 1888. This type of targeted marketing can be effective in drawing in a specific customer demographic, although it can get pricey with printing and postage expenses.

Telemarketing is one of the newer, albeit more controversial, type of marketing in the modern age. This type of marketing involves cold-calling clients via telephone and selling them services or products. Due to the somewhat aggressive tactics that some telemarketing companies employ, the government passed strict laws to regulate this industry. 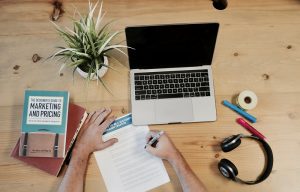 Despite the costs, however, some traditional marketing efforts are actually more cost-effective than full digital campaigns. Print marketing is still very popular with start-ups and small-to-medium enterprises because of its affordability, scalability, and permanence. This type of marketing also reaches customers who might not have access to the internet, and are effective in creating a brand presence on a local scale.

Broadcast marketing, on the other hand, is usually used by larger companies or corporations with huge budgets. Aside from production costs, broadcast ads also have to consider where they will air. Spots on TV channels can go up to tens of thousands of dollars, while a spot in special events can be in the millions (airing an ad during Super Bowl, for example, cost a whopping $5 million for a 30-second ad). Despite a steady decline of TV audiences over the past decade, TV ads are still highly effective and one of the most sought-after types of marketing.

Why Should I Use Traditional Marketing? 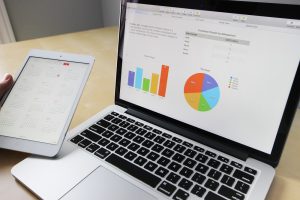 Aside from the practicality of employing certain aspects of traditional marketing (like the cost-effectiveness of print ads), one of the most useful things that marketers can take away from it are values and principles that can help any campaign be more successful.

Customer Orientation basically means understanding the specific needs and issues of your customer base and building all marketing efforts around it. Integration of efforts means coordinating all aspects of your campaign, from R&D and design to accounting and creation, to implement collaterals that fulfill customer orientation. Finally, profit objective is the idea that your campaign should be able to satisfy customer needs in such a way that it profits your company.

While some of the deployment methods of traditional marketing might seem dated, these principles remain evergreen, even in the digital world. By applying these values to a marketing campaign, whether traditional or digital, marketers can optimize their collaterals to hit their target demographic in a personal way and encourages them to do business with your company.

Digital marketing might seem like its outclassing traditional marketing efforts by a large margin, but it’s still a viable practice that benefits companies large and small, and it is a discipline that gives marketers an opportunity to apply tried-and-tested values on campaigns modern and traditional.

An MBA holder and Certified Digital Marketing Professional, Emily grew up on technology and is an early adopter of tools and practices that are now industry standards. She believes that marketing and technology complement each other, and by marrying the two, start-ups and SME’s can disrupt the business world and compete with some of the biggest corporations out there. At 38, Emily Greene still considers herself a millennial. She graduated with a degree in computer engineering and uses the knowledge she gained there in her social media and SEO practices. She is a life-long Red Sox fan, and is a mother to two lovely girls.